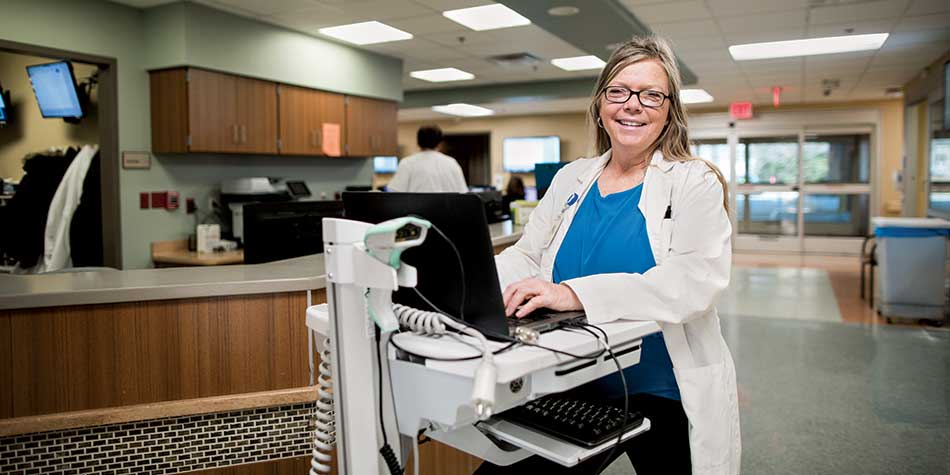 When it comes to sepsis, if you find yourself saying those words, it may be too late.

"For every hour sepsis goes undetected, a patient's chance of dying increases by four to seven percent," says Susie Forczek, sepsis coordinator at TriStar Centennial. "And in the four hours between vital sign entries, mortality risk can increase by nearly 30 percent. It's a sad reality of healthcare today that 270,000 Americans die from sepsis each year."

So HCA Healthcare created a tool to aid in the early detection of sepsis. SPOT, or Sepsis Prediction and Optimization of Therapy technology, monitors patient vital signs, labs and reports using artificial intelligence. If a SPOT alert occurs, the patient is reassessed for signs of early sepsis, which can trigger lifesaving interventions. SPOT provides an extra measure of surveillance and decision support that is very reassuring, especially to new nurses. It's a model that doesn't yield many dramatic stories -- and that's exactly the point.

"Most of the time, it's a bag of fluids here or an antibiotic there," says Susie. "If we identify people early and make the changes we need to, that man or woman walks out of here. That's our goal."

Recognizing the signs of sepsis early is proving to save lives.

"SPOT helps us identify sepsis in the most unlikely populations," says Susie. "It's the patient who's not presenting on arrival, or the one who doesn't have an antibiotic because they're here for diabetic ketoacidosis. Because of tools like this, we're saving one-third more lives that could have been taken by sepsis across HCA Healthcare."

December 31, 2019
A little over two months ago, HCA Healthcare's purpose-driven brand was launched on Feb. 25, 2019. Many of you hosted watch parties, and we're...
Previous Post

December 24, 2019
Many HCA Healthcare caregivers donate their time and expertise to outreach efforts that provide healthcare to the neediest in their communities...
Next Post
Back to blog home

Did You Know? HCA Healthcare colleagues care for and support 28.2 million patient encounters every year

The nurse's role in the opioid crisis